Maternal prenatal stress has been shown to disregulate an infant’s hypothalamic-pituitary-adrenal axis (HPA axis) development, leading to a higher risk for metabolic and neurobehavioral disorders in the long-term. During pregnancy, placental 11β-hydroxysteroid dehydrogenase type 2 (HSD11B2) protects the fetus from high levels of maternal cortisol (commonly known as the “stress hormone”) by limiting the amount of cortisol that reaches the fetus, but little is known about what influences its functioning.

In this work, researchers assessed how maternal distress influences placental HSD11B2 functioning (through both methylation and expression), and how HSD11B2 in turn, is associated with infant HPA axis development. It was concluded that maternal HPA axis disregulation (based on cortisol) during pregnancy is associated with lower placental HSD11B2 expression, which is associated with an exaggerated cortisol reactivity in infants. While these results are seemingly contradictory to an adaptive framework, where maternal distress would decrease HSD11B2 methylation, thus increasing HSD11B2 expression to provide a protective effect to the infant in times of adversity, these results are consistent with findings from many other studies and may fit into a broader physiological model where adaptive responses become disrupted through overuse. 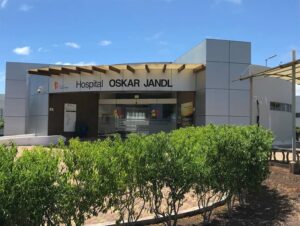 Further, sex-specific analyses revealed that maternal depressive symptoms may influence the functioning of placental HSD11B2 differently in girls (n = 11, 46%) than in boys (n = 13, 54%), though the sample size was small. Specifically, maternal depressive symptoms were marginally associated with higher HSD11B2 methylation and significantly associated with lower HSD11B2 expression in the placentas of girls, but not of boys. These results are consistent with others’ findings that infant sex is often associated with differences in placental function and physiology.

Although the mechanisms behind sex differences in fetal programming remain unknown, others have suggested that these differences in early life may be the consequence of a “viability-vulnerability tradeoff,” in which males do not adjust to early life adversity, and thus only the most fit survive, while females modify their growth in response to adversity, improving their viability but increasing their vulnerability to the deleterious effects of these adjustments later in life.

This work contributes to evolutionary theories of early life adaptation and serves as foundational exploratory research on the understudied placental influence on fetal programming, which has consequences for long-term disease development. To our knowledge, this is one of the first studies to examine how both HSD11B2 methylation and expression in the placenta respond to maternal distress and shape infant cortisol.