Researchers at the Galapagos Science Center have been working tirelessly for months as part of a multi-national and multi-institutional team, to provide technical input to increase protection around the Galapagos Marine Reserve.

The President of Ecuador, Guillermo Lasso, made an ambitious declaration on the opening day of the COP26 Summit in Glasgow, Scotland and announced a new marine reserve for the Galapagos Islands. The announcement came at the most relevant climate change event in front of world leaders and influential stakeholders and will extend one of the largest marine reserves in the world toward Costa Rica and, in turn, protect a feeding and migration area for endangered species. 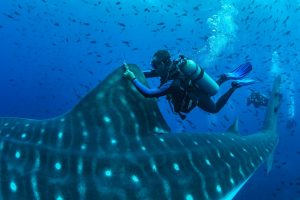 “For the past two years, our team of scientists from across the country and the planet, has been working on a series of scenarios to provide meaningful protection to endangered migratory marine species around the Galápagos Islands,” said Hearn, one of the team leaders. “During this time, we have developed a range of scenarios that correspond to different conservation objectives, which include building resilience in the face of climate change, dissuading illegal longline vessels from entering artisanal fishing grounds within the existing reserve, mitigating the impact of excessive use of Fish Aggregation Devices, safeguarding fishery resources for artisanal and industrial fleets, and reversing declining population trends for endangered marine species.” 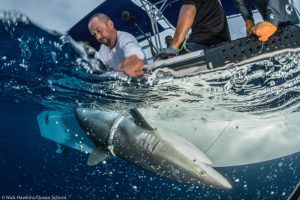 “Ecuador’s announcement today is a first step in addressing some of these conservation objectives. If placed correctly, the 30,000 km2 no-take zone, and adjacent longline exclusion areas, will provide critically endangered hammerhead sharks and other threatened marine species, with a migratory “Swimway.” This will allow them to move from Darwin Island to the borders of Ecuador’s territory, without encountering fishing gear. The onus is now on Costa Rica to provide the same level of protection for the rest of their journey to Cocos Island and beyond. Moving towards a sustainable society in the Eastern Tropical Pacific will require strong commitments from Ecuador, Costa Rica and our neighboring countries,” said Hearn. 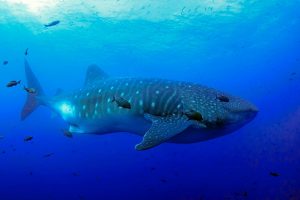